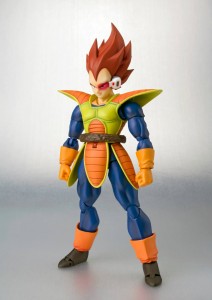 This years SDCC gets another S.H. Figuarts exclusive as they release an original anime Vegeta figure. It’s based on the same mold as the original Saiyan Prince Vegeta but this time with his anime orange suit.

In this classic S.H.Figuarts rendition of Vegeta, he appears as you’ve only seen him in the original anime! Flash back to when Vegeta had reddish-brown hair and a completely different green and orange coloring for his Saiyan combat suit. Set comes with a rich variety of accessories for the ultimate action figure experience! Parts include folded arms, four interchangeable hand sets, including a special interchangeable “scouter crushing” hand part, three interchangeable face parts and head part with attachable scouter, tail parts, effect parts and special support stand for effect parts. This 2014 San Diego Exclusive is offered exclusively to fans in the US! 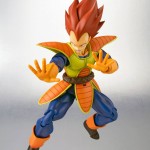 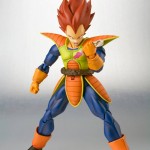 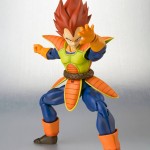 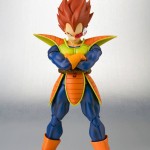 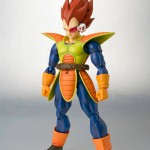