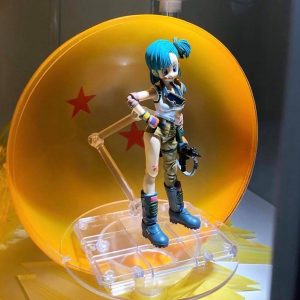 It”s been a long wait for classic S.H.Figurts figures but we’re not only getting a S.H.Figuatrts Master Roshi but a long awaited Bulma too.

The Bulma is based on cover art from Akira Toriyama, I think it’s from the original Dragon Ball series and might indicate that we’re a little closer to getting that kid Goku figure they teased last year at a few conventions.

So far we haven’t for a release date on the new Bulma figuarts figure but we’re expecting it towards the end of 2018 as they already have a few new figures due out for release.