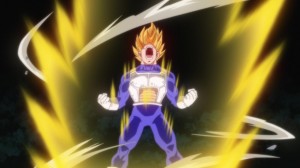 The third trailer for next months epic release of Dragon ball z – Batte of Gods had been released. The new trailer doesn’t have much New content but it is a lot clearer than the previous ones we have seen.

I really wish this was a while new series but a one off anime is better than nothing.