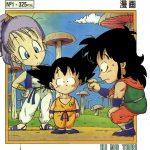 In 1997 Nacho Fernandez and Alvaro Lopez released this Spanish spoof Manga based on Dragon Ball. The series went on for years and made 50 volumes which have been translated into several languages over the years but so far there has been no official English translation. Artwork wise they have kept it very similar to […] 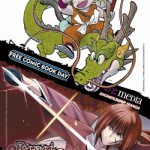 Free Comic Book Day is coming to local comic shops world wide on May 4th 2013 and as it does have every year there is a mixed selection of comics. This year Viz are offering the first chapter of Dragon Ball in a double pack with Rurouni Kenshin preview book. Viz published Dragon Ball in […]

All of the original Dragon Ball Manga has been colored 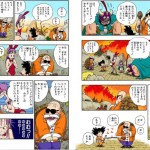