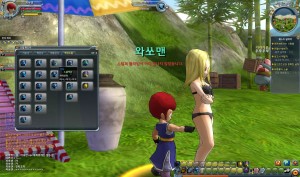 What started as one of the coolest MMORGP will soon be shutting down after a successful three year release of Dragon Ball Online.

For the last two years there has been evidence we might have been getting a Europian and US release but unfortunatly we probably wont see an official English release.

The game was developed with a lot fo help from Akira Toriyama and was thought of as a sequel to the Manga. With the success of Dragon Ball Battle of Gods it is strange the game has been canceled and not expanded. It might be that the free to play game was a prototype and a paid version may take its place.

News of the game shutting down on September 26, 2013 came from a post on the official site.

Thurs, September 26th, 2013 Dragon Ball Online is going to be shut down this service.

Meanwhile, customers who along with Dragon Ball Online Thank you.

2010 What is an open beta, starting with long and short period of three years

Growing under your affection and love could come so far.

Haejusin along with all your heartfelt thank you once again.

But now you and farewell to the unfortunate was awash.

I want to be with your mind for a long time and even more desperate, but

On Thursday, September 26, 2013 will not be able to access the service is stopped.

For more information related to service termination, please refer to the following information.

Chest so your precious memories left it be too much to once again thank you,

Spent with your memory, gave all my heart to love will cherish.