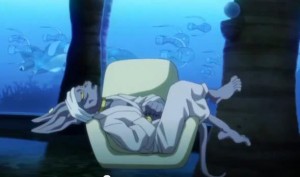 Moving on from the epic Chipstick fight we saw last week the latest clip from Battle of gods features a fight which in the anime would have taken abotu ten episodes.

In the three minute clip we see Birusu being introduced to Goku being a Super Saiyan and also kicking Goku’s ass while he is in his SSj3 mode. It just goes to show how powerful Birusu is and the fact they have made this movie so fast paced compared to the original anime. We all remember the Freiza fight which was supposed to take three minutes but ended up being about four hours.