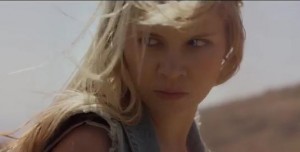 The long awaited live action Light of Hope short has been released by the fan studio Robot Under Dog.

The movie which stars Amy Johnston as Android 18 started off about a year ago much like the other fan made live action short films with loads of hype and wishful fans waiting for a release.

Now they have released the 13 minute long teaser it’s taken the Dragon Ball Z fandom by storm. Nobody could have thought it would turn out this good. The cast is amazing, the CGI is pretty awesome for a fan movie and you can tell a lot of work has gone into this short film.

The team behind it have said they want to work on a second episode but want donations to get it finished.