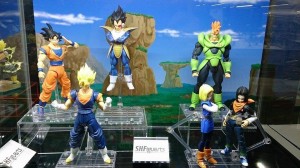 The latest S.H.Figuarts teaser has been released and its suprisingly Vegito.

It looks like Vegito uses a lot of the Goku sculpt and will be released early 2015 in Japan.

For a long while it looked like the next one in the series would be Adult Gohan but that figure may have been pushed back to get some more filler figures into the series.