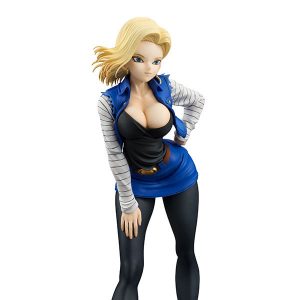 Megahouse have been making Dragon Ball Z and other anime statues for years, they have made some of the most detailed and manga / anime accurate statues on the market. This time they are back with a reinvented Android 18.

This statue doesn’t look exactly like the did in the anime but it doe’s look a lot like the Android 18 many fans have pictured in their heads. She is easily one of the sexiest androids invented in any imagination but this statue really brings her to life.

These statues are mostly hand painted and have amazing detail which you would expect from one of the most well established statue companies.

Android 18 follows in the footsteps of the Dragon Ball Gals Bunny costume Bulma which was a very popular statue and probably one of the most beautiful statues on the market.

Both the Bunny Bulma and Android 18 Dragon Ball Gals statues retail at about $100 which is a very good price if you can find them at that.

You can this statue in kit form too  Androdi 18 statue on e2046.com 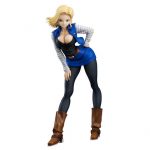 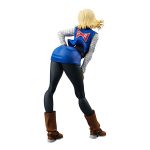 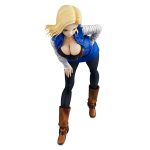 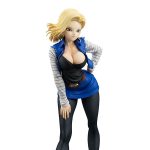 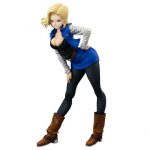 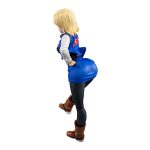